Dr. Christopher Jones is a native of southern California. After graduating from high school, he joined the United States Air Force and served as a structural journeyman. During this time, Chris married his high school sweetheart Rebecca and they began their adventure together serving abroad. Upon completing his active duty commitment, Dr. Jones moved to Boise to attend Boise State University. He received his dental training at Case Western School of Dental Medicine where he was recognized for his excellence in Prosthodontics and Esthetic Dentistry. While still in dental school, the Jones family had their last of four children and rejoined the USAF.

Immediately following graduation, Chris and his family relocated to San Antonio, Texas where he attended the University of Texas Health Science Center to complete his Masters Degree with an emphasis in obstructive sleep apnea and bruxism. In conjunction with his Masters Degree, he pursued three years of advanced prosthodontics residency at Wilford Hall Medical Center. After graduating from residency, he joined the Advanced Education in General Dentistry Residency staff in Nebraska to train new dentists. In 2013, he earned his Board Certification in Prosthodontics.

In 2016, after more than 13 years of service, Dr. Jones was able to fulfill his dream of moving back to Boise and is thrilled to be part of the Boise Prosthodontics team. Chris and Rebecca currently reside in Meridian, Idaho with their four children and beloved dog. During his free time, he can be found playing basketball, staying active by running, and spending time with his family. 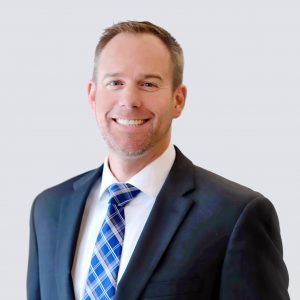 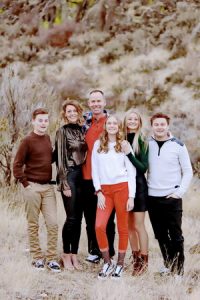