My Wife is Very Happy With My New Teeth 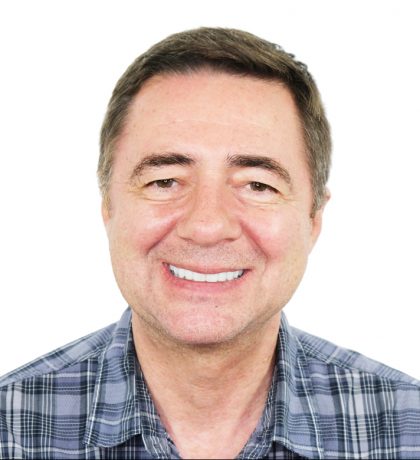 “So I went to somebody that claimed that he could do the type of work that I had to be done which was basically replacing both the upper and lower jaw. Unfortunately, that gentleman didn’t really know what he was doing and the work that I end up with was not looking too bad, so from an aesthetics standpoint it wasn’t too bad, but functionally was really bad. I had a hard time eating certain things because of that and in general eventually the upper work just fell off so I was basically in big trouble.

I came here, Dr. Gurney got me fixed so I could function for a while and Dr. Gurney started the process to get me new functional teeth. So right now I don’t have to think about what I’m going to have to eat for dinner and also aesthetically the new work is actually a lot better. My wife is the first judge of that and she was very happy with the new ones. So now I can smile without having to think twice.”